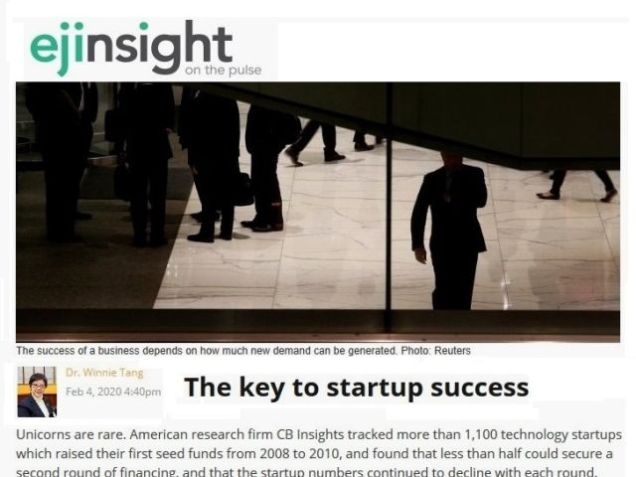 Unicorns are rare. American research firm CB Insights tracked more than 1,100 technology startups which raised their first seed funds from 2008 to 2010, and found that less than half could secure a second round of financing, and that the startup numbers continued to decline with each round. Only 15 percent of the firms could get the fourth round of financing. Meanwhile, there were only 12 companies that could become unicorns, names such as Uber and Airbnb.

END_OF_DOCUMENT_TOKEN_TO_BE_REPLACED

Steve Case, co-founder of AOL, the world’s largest and most valuable internet company in the 1990s, said in his book The Third Wave: An Entrepreneur’s Vision of the Future that the internet is moving from virtual to the physical world, and the rules of the game are likely to be redefined. END_OF_DOCUMENT_TOKEN_TO_BE_REPLACED

From the rise and fall of the industrial sectors in the United States over the past 100 years, we can see a surprising progression from the old economy to the new. END_OF_DOCUMENT_TOKEN_TO_BE_REPLACED